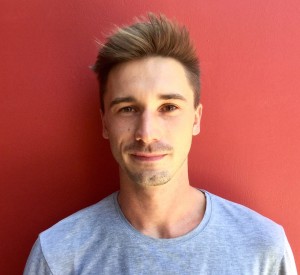 Arnaud Panhelleux, upon finishing his studies in International Business, Fair Trade and Solidarity Economy, decided do some field work.

He spent three years working as a development manager with the association Taũa (marketing fair trade Brazilian products), and then decided to create his own project. In 2011, Arnaud created Justo Brasil, a network for the promotion and importation of Brazilian fair trade and artisanal products, whichbuilding strong links between the cities of Nantes, Paris, Porto Alegre and Sao Paulo.

In 2013, after spending 5 years between France and Brazil, he decided to settle in France and joined an international trading group. Another 4 years later, he decided to commit himself once again to the field of sustainable development and began freelancing as an events organiser for eco-events. In 2016, Arnaud joined Art of Change 21 as an international project manager.

He has conducted several Maskbook actions in France and abroad (Habitat III in Quito, COP22 in Marrakesh) and participated in the organization of Pikala Balad_e and other Balad_e events during the COP22 in Marrakesh.