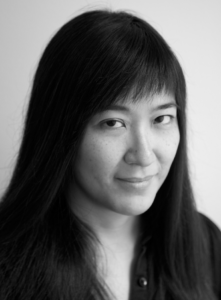 Leah Borromeo is a journalist, filmmaker and arts interventionist. With over a decade’s experience in television news at an editorial level, she bridges arts practices with documentary. Much of her work involves public and private space, social architectures, the environment and banging on about how journalism is an art.

Currently directing ‘The Cotton Film: Dirty White Gold’, a feature film on Indian farmer suicides and fashion which dissects the clothing supply chain and casts a satirical eye on ‘white-saviour’ documentaries, she is working on ‘Climate Symphony’ – a data soni cation project that pulls narratives from climate change data, ascribes musical instruments to those stories and then turns them into a four-part symphony.

In addition to coming up with short-form interventions that document and occupy real and virtual spaces, she’s also made a series of short films on arts activism for British station Channel 4’s “Random Acts” and hosted Resonance FM’s “The Left Bank Show”.