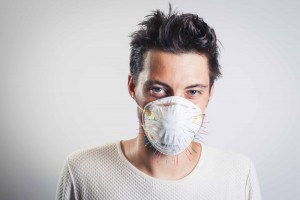 Upon completing his studies in Communication, Nicolas Madec began his career as an event production assistant. He spent eight years at Set’Event as a production manager, working with many prestigious clients in the fields of luxury, fashion, and sustainable development.

In 2014, during his time at Set’Event, Nicolas Madec lead the production of the “Conclave of the 21” for Art of Change 21 which led to even more fruitful collaborations. Following the successful Conclave of the 21, Nicolas organized, in 2015, the “Maskbook” exhibition at the Grand Palais for the COP21 as well as several Masbook workshops.

Today Nicolas pursues projects as a freelancer. Concerned about environmental issues, he joined Art of Change 21 as an event production manager. At the end of 2016, he piloted BALAD_E, the flagship action for the COP22 in Marrakech. He now supports the association in the production of its events, in France and abroad.

Passionate about theatre, he is also a director and an actor in a TV series broadcast on the French channel Canal+.