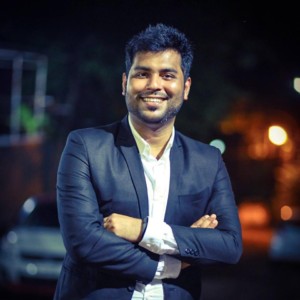 Neeshad is a youth environmental activist, educator, speaker and an outspoken climate change advocate, who campaigns extensively to raise awareness about climate change and Sustainable Development Goals (SDGs). His continuous enthusiasm for environment and climate change advocacy led him to be the focal point for various regional and international NGOs in the Middle East. He is also the Co-founder and National Coordinator for Arab Youth Climate Movement Qatar.

Neeshad has been active in UNFCCC climate negotiation process since 2012 and involved in COP22 in Marrakech as well as COP21 in Paris on invitation from civil society for advocating the importance of Arab youth as partners for climate action.

He has been invited to numerous local, regional and international conferences and has recently attended Youth Assembly at United Nations in New York and also the of cial Youth Delegate to One Young World in Bogota in Colombia. He is currently serving as Co-Founder and National Coordinator for Arab Youth Climate Movement Qatar (AYCMQ), Global Shaper at Doha Shaper Hub, Middle East Of cer for CliMates, Founding member at Climate Action Network Arab World, Liaison Of cer in GCC for Citizens Climate Lobby, Steering Committee for CoalitionWILD, Founding Team at Youth Climate Lab and MIT Climate Co-Lab Fellow.