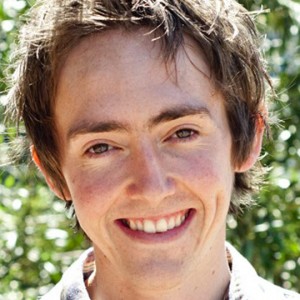 Ben Knight is a co-founder of Loomio, an online tool for collaborative decision making, built by a core team in Wellington, New Zealand.

“Loomio is all about building tools to make it easy for as many people as possible to put their heads together, to come up with better solutions than anyone would have come up with on their own.”

Loomio is being used by thousands of groups worldwide, from community organisations and start-up businesses, to innovators like the Wikimedia Foundation. Loomio won the MIX Prize Digital Freedom Challenge in 2014, an international management innovation award run by Polly LaBarre, cofounder of Fast Company magazine, who says :

“The beauty of Loomio is that it transcends the tradeoff between efficiency and engagement.”

Ben has an academic background in the evolution of collective intelligence, a practical background in grassroots community organising, and a passion for the potential of technology to spur positive social change. He was closely involved with the Occupy movement in 2011, where he got massively empowering results of collective decision-making on a large scale.