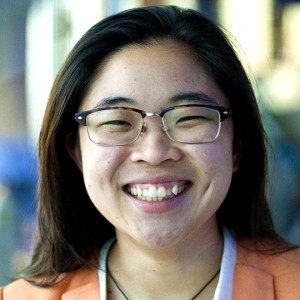 At only 25 years old, Linh Do is already a major figure of the international scene committed to climate. When she was only 15 years old, she launched the Change A Million Light Bulbs campaign in Australia which influenced the government to limit incandescent light bulbs in the country.

She co-founded Our Say and TheVerb where she now works full time, an international media that intends to bring a better comprehension of today’s greatest stakes and to change the way that traditional media treat these subjects. Gathering experts from more than 17 countries, these articles are published and relayed by Al Jazeera, Reuters, The Huffington Post, Crikey, Jezebel, etc.

Named World Economic Forum Global Shaper in 2013, she is also Australian Geographic Young Conservationist of the Year (2013) and one of Junior Chamber International Outstanding Young Persons of the World. She is based in Melbourne, Australia with extensive experience overseas.