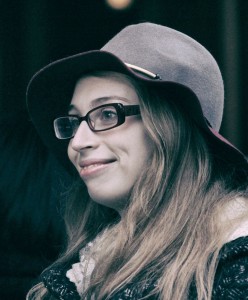 Juliette Decq is one of the major young committed players at an international scale. She runs, at only 25 years old, the project Cop in MyCity. That project is launched by the Think & Do Tank CliMates and is an international plan of action for training and mobilizing young people in dozens of cities all around the world, on the COP occasions (Conferences on climate). They worked on making the COP 21 a success. CliMates provides a toolkit for negotiations and mobilization and thus gives a voice to the young people.

Graduate from Sciences-Po (the prestigious French political university) and University Pierre et Marie Curie (Paris VI) with a environmental political science degree, she is a representative of the Young at the Regional Council of Ile-de-France (Paris region). Juliette is also part of French network WARN (We are ready now) that gathers all the student associations for climate that organized the COY (Conference of Youth) in December 2015.