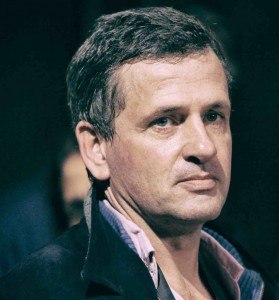 Eager to be a witness of his time and his contemporaries and inspired by Joseph Kessel, Pierre de Vallombreuse has become one of the most important native peoples photographer of the world. He is the friend, ambassador and photographer of these people. He has shared twenty seven years of his life with forty six of these communities and created the first world-wide documentary fund: a huge database of over more than 140,000 photographs.

Spokesman of these people, committed player on the ecological scene, he draws attention to the importance of these native people who are often the first victims of the ecological disasters: lack of food, deforestation, global warming, pollution… all these crucial questions which, far from being local, concern the whole of humanity. His everyday struggle is to raise awareness about global warming and to preserve the vital link between man and nature.

Pierre de Vallombreuse has published many books and is exhibited in France, India, Bolivia, etc. He has won numerous awards, from the first prize at the Golden Island International Film Festival Adventure, Bailly, 2000, to the first prize at the International mountain and adventure film festival, Graz (Austria), 2001, or the Leonard de Vinci prize by the Foreign Affairs Ministry in 1993.