IN CONVERSATION WITH TUE GREENFORT

In your personal exhibition here in Venice, “Medusa Alga Laguna”, you show a particular interest in the jellyfish and algae of the lagoon ecosystem.

Sargassum algae is an invasive species that arrived recently here in Venice, which is creating major problems in the lagoon, just like jellyfish, which are also on the rise. Their proliferation is directly linked to global warming, overfishing, and pollution. My first glass jellyfish sculpture was made in 2007 in Murano. It combines my fascination for the Blaschka brothers, famous glassmakers in the 19th century who were fascinated by marine invertebrates, with my awareness of the development of these species, which testifies to an environmental disequilibrium caused by humans. The tradition of Murano glassmakers in particular is very old, but also interesting today for its kitsch dimension, which is related to Venice’s damaging mass tourism. Here I exhibit the violet-coloured Pelagia Noctiluca species that is very common in the Mediterranean. For the algae, I collaborated with glassmakers to achieve a shape similar to that of the Ulva algae that is endemic to Venice. To do this, I used recycled green bottle glass, blown up, which was then burst at the bottom by plunging the red-hot material into cold water. This resulted in unique pieces of glass that replicate the logic of the algae’s growth. I’m also exhibiting sculptures made from numerous Italian newspaper cuttings that evoke the problem of these species. The Sargassum is also represented through another much older medium, cyanotype, inspired by its use in the 19th century by English botanist Anna Atkins. My goal is to change the view of these species that existed long before humans, and to express both our coexistence and hidden interrelationships. 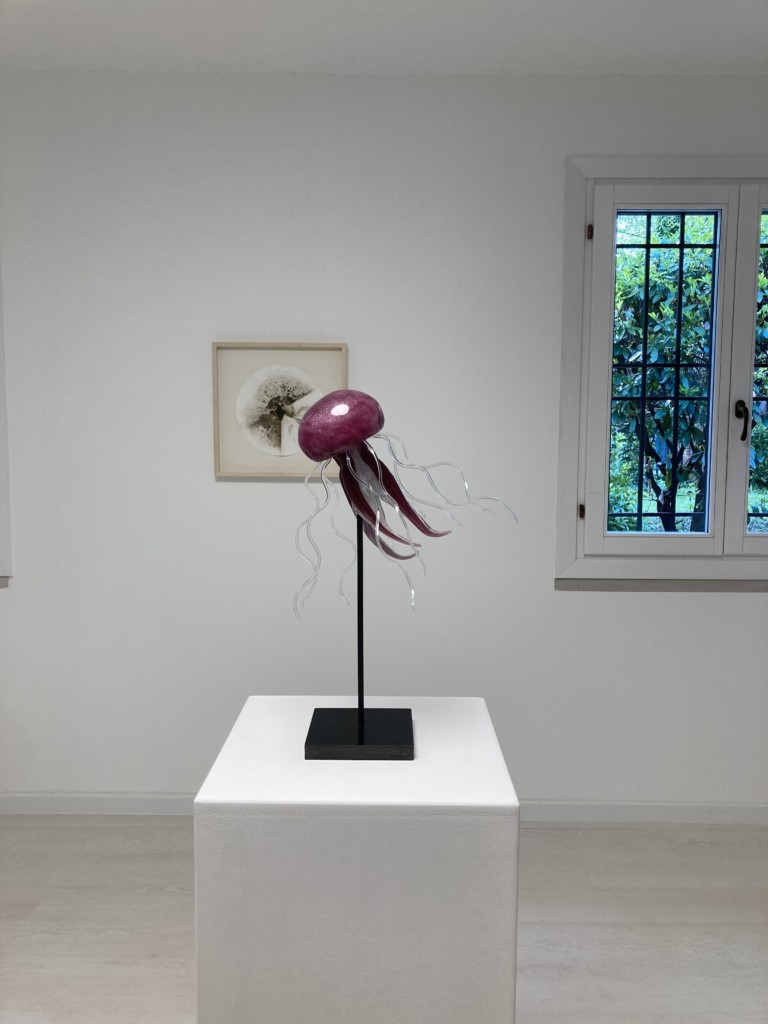 Algae had already been the subject of your exhibition “Alga” at ERES-Stiftung in Munich in 2021.

Yes, that exhibition was about freshwater algae. Because of nitrates that run into lakes, eutrophication occurs, reducing oxygen in the water, and these algae proliferate to the detriment of other species. This issue concerns many Bavarian lakes which are also tourist attractions, such as the Tegernsee, Chiemsee, Staffelsee and Loisach lakes. Rather than addressing the cause and changing agricultural practices, industrial filters conceal this activity. I thus had the idea of using paper filters from chemistry labs to make visible the traces of microalgae and sedimentation floating in its water. What also interested me is that the image-making isn’t composed by me, it creates itself, via a set of procedures and tools that come from science.

You are one of the precursory artists working on art in relation to the environment. Can we come back to one of your founding works, made in 2007 at the Sharjah Biennial?

I work along a tradition of an interdisciplinary approach to art, in which site-specific research is important, as well as changing art’s role in society. In the museum of the UAE, the air conditioning was at full strength and very cold, around 19 degrees. Given the exhibition’s name “Still Life – Art, Ecology and the Politics of Change”, I decided to flip the exhibition around. For context, the Biennial came just after the release of the STERN report in 2006, which said that by committing more money, we could avoid a 2 degree rise in global temperatures. My idea for this show was thus ironic, to increase the temperature of the air conditioning to 21 degrees, and then use the money from the resulting energy savings to fund an environmental program. I called this work “Exceeding 2 degrees”.

You attempt to deconstruct the idea of nature, rather than idealising it.

Yes, in this sense I take a different approach than my compatriot Olafur Eliasson, who in my opinion perpetuates the romanticised idea of nature. I am against the idealised, overly-aesthetic approach to nature, which stems from Christian ideas of paradise and harmony that I find problematic. My approach is to question these notions, by the way, for example, of institutional criticism. Starting from the very idea of nature, everything around us is nature because we are part of a network of ecosystems that are interlinked. What we call “wild” nature, meaning anything that humans haven’t yet exploited as a resource, is immensely small. 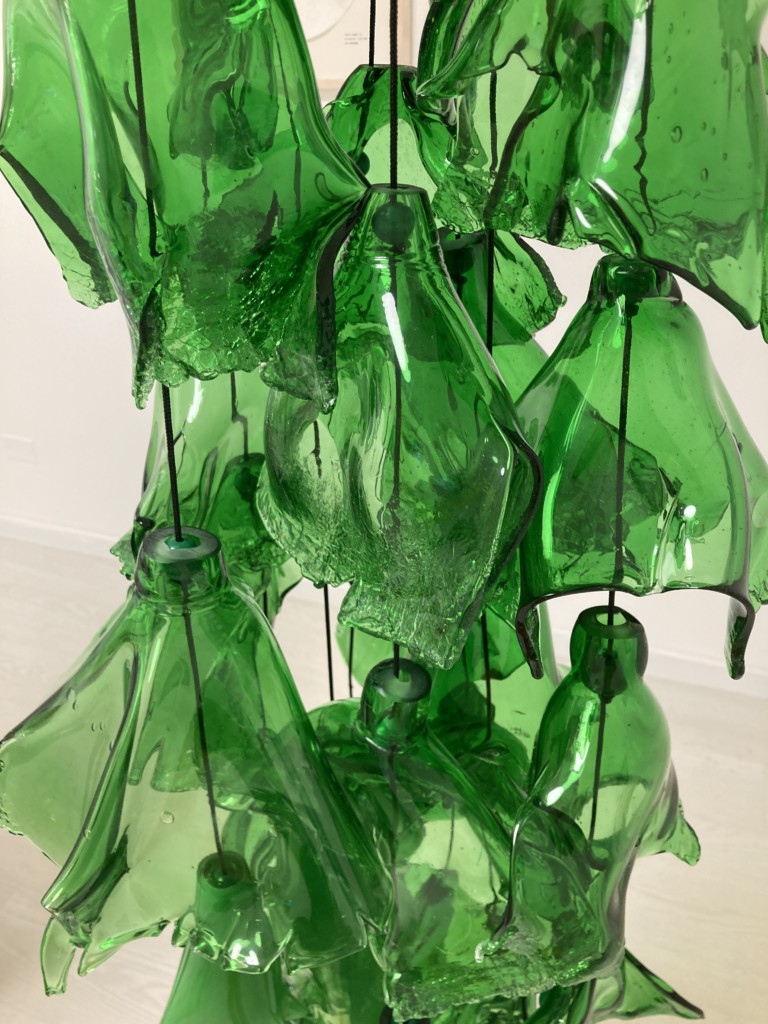 As you say, a new vision of the world is emerging, one which calls into question the separation of human and nature.

What we are finally realising today, aided in particular by the work of philosophers such as Graham Harman, Timothy Morton, Donna Haraway, Michel Serres, but also biologist Lynn Margulis’ writing on microcosmos, is a new understanding of our relationship to the earth and other living beings, including microorganisms, which breaks down this artificial dichotomy, in which lies our idea as a dominant species. It’s a paradigm shift. This new understanding must in fact accept not being able to understand everything, because the complexity of ecosystems will always be too great. In this dynamic, the notion of uncertainty is central. For example, the famous “tipping point”. We do not know exactly where, when and in which direction it will occur. Will the rupture come from a cooling of the Gulf Stream, or inversely from a scorching heatwave? In this new understanding, the interspecies relationships are totally different, less hierarchical, increasingly about co-existence and interconnection. It is also a vision, which is optimistic, because it is on the side of life and poetry!

How do you see the role of the artist within this?

Above all, our role is ethical and political. I live on an island in Denmark, in an old fisherman’s house, because the cod have declined and so the fishermen have left. My living space corresponds to my philosophy. For my part, my practice starts from an awareness of my position on Earth. I am a cis-male, thus coming from a lineage of oppression, I am white, with a history of exploitation there too, from the Danish middle class, which is embedded in consumption. My approach starts from here, from my awareness that I am part of the problem.