IN CONVERSATION WITH KATIE PATERSON

You’re a pioneer of art in relation to the environment, commencing from when you were a student with the work Vatnajökull (the sound of) (2007). In this artwork, you connected a live telephone line to an Icelandic glacier, via an underwater microphone. Anyone in the world could then call a number and hear the sound of the glacier melting. It was a very prescient work, given that now after this year’s record temperatures, melting glaciers are front page news again. How do you feel about this artwork today, almost fifteen years later?

It’s a project that is still close to my heart. I was in my final year at the Slade School of Art, London, and it was such an epic project to do as a student, to try to get access to all that technology, and to convince people to do it with me.

Back in 2007 the topic of melting glaciers was being talked about, but nothing like today. In 2019, Iceland declared the death of its first glacier – Okjökull – due to climate change, and when I went back there this summer the change was already clear to see.

My interest is in the Anthropocene, but not only seen through our own eyes. When I made Vatnajökull (the sound of) my aim was to create a connection, literally, to a glacier, through a telephone, and to enable an intimate experience between us and this huge, distant, ancient event. That’s something I always come back to in my work, trying to create a feeling of connection to nature, whilst being aware of the disconnection at the same time. This contradiction is at the heart of what I do. It’s my belief that we’re all deeply interconnected to the nature around us; we’re made of the same stuff, the same atoms. At the same time we’re living through a period of time where the disconnect feels greater than ever.

Still in relation to our connection to the planet, you recently had an exhibition at Ingleby Gallery, in Edinburgh, entitled “Requiem”. Could you tell us more about it?

For three years my team and I gathered relics from across deep time, which we then ground into dust. A large glass urn sat in the centre of the space, and people poured in the material layer by layer over the course of the exhibition. The first layer was material from before the sun existed, and the exhibition continues through to the Anthropocene era, where, from 1945 onwards, we witness a devastating sequence of occurrences. For example, Trinitite from the first atomic test site in New Mexico. The final layer came from the Partula snail, an “endling species”, which is a beautiful but sad term because it refers to the last living species in a lineage.

Requiem spanned billions of years and asked challenging questions. I wanted to consider how we got to where we are now, and that in just our lifetimes – a tiny window of time – we must create immense change.

Thinking about deep time keeps me hopeful. By expanding our time horizons we can understand the bigger picture of where we are amongst everything else. I’m always fascinated to learn about geological processes. It can give us a sense of rootedness, understanding that change is the core of human experience. The planet is in constant evolution. That said, today’s changes are also signalling that we humans have become a dominant geological force. We’ve sped up so many ecological systems to and beyond their tipping points. We have to have hope, of course, but it’s hard to work in this area without crumbling, given the severity of what we’re facing. 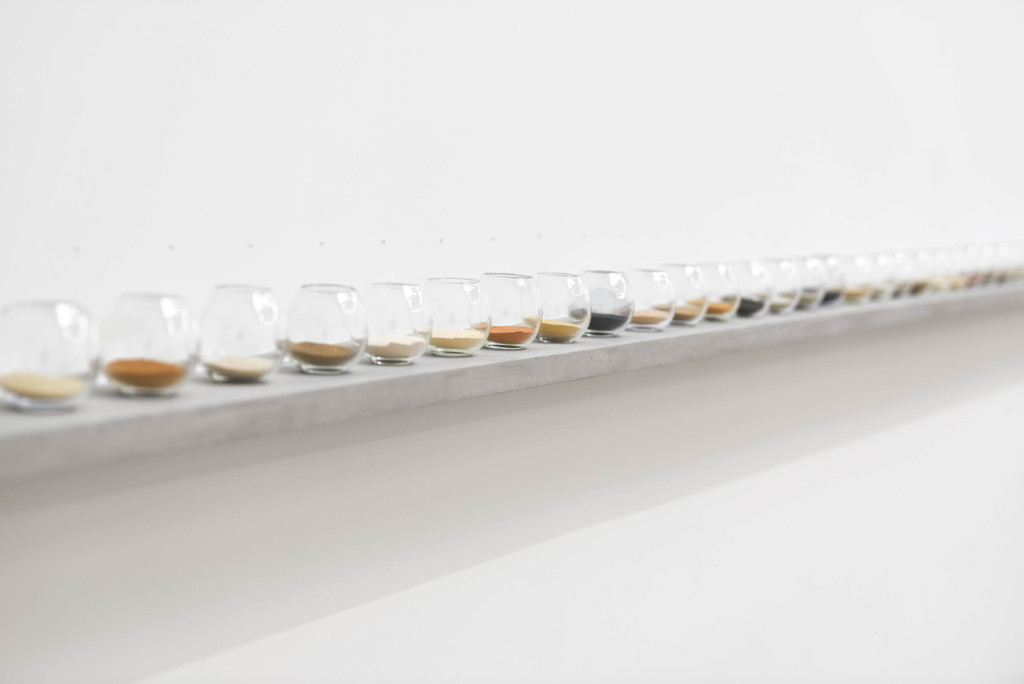 Speaking of deep time, your hundred year artwork Future Library in Oslo, Norway began in 2014. Every year, a well-known writer contributes a new manuscript to the library, where it will be stored, unread and unpublished, until the year 2114. The paper for these manuscripts comes from the newly planted forest which surrounds it. It sounds like a more optimistic project than Requiem, but perhaps it could also end up as a fossil of humanity?

When we launched Future Library, the questions it conjured were mostly about the future of the paper book and digital reading. Now, in 2022, the project makes us reflect on whether humans will even be around to read books in 100 years. Margaret Atwood, who was the first writer to contribute to Future Library, described it as hopeful because it projects an image of people still reading in 100 years. To me, that should be normal, not hopeful, but things have changed. That change has happened in just seven years.

What do you feel is your role as an artist regarding these immense societal and environmental issues?

I often ask myself, “What am I actually doing as an artist? Can I make more of a difference by, for instance, working as an environmentalist or activist?” Each time, I always come back to the fact that what I can do best is creatively respond to it. One of the difficulties is that scientific data and statistics, often given to us in quite a banal way, doesn’t really hit home. We need different ways to connect to these issues. I see my role as a mediator between the information and what that actually means to us as humans and our place in the wider universe, evoked through the prism of a visual experience. 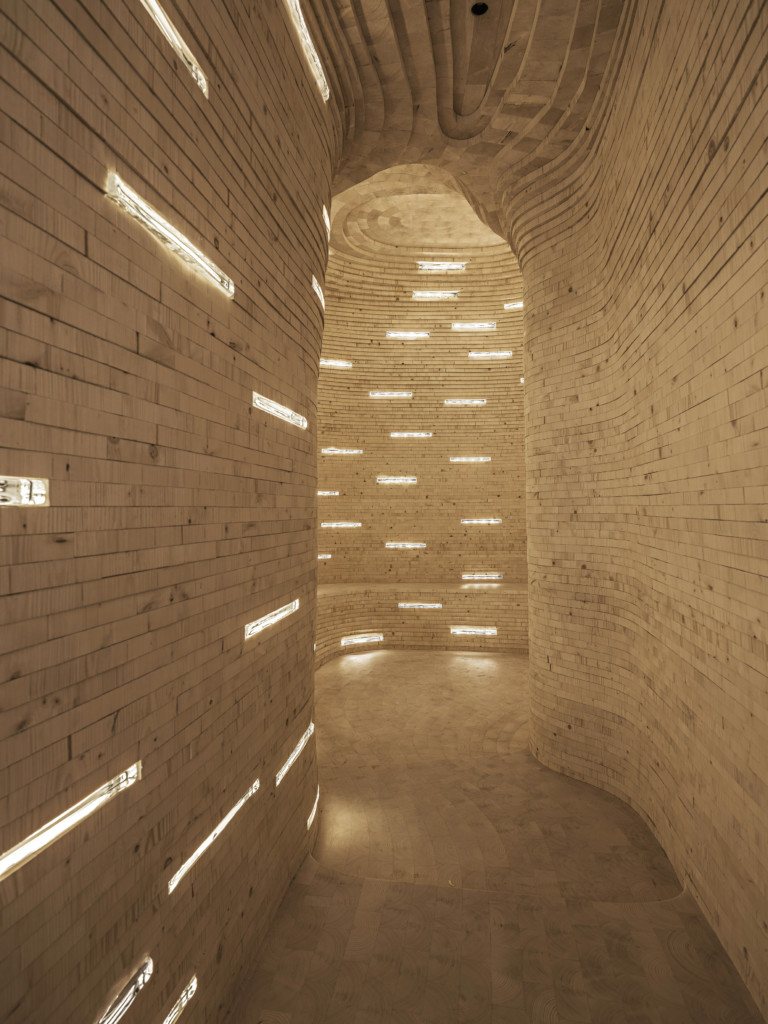 Currently, you’re working on a public art commission for Apple.

Yes, it will be in Cupertino, the city where their headquarters are based, in collaboration with Zeller & Moye architects. The piece is called Mirage and for it we’ve been gathering sand from every desert on earth to transform it into glass columns that the city’s inhabitants and visitors will be able to walk through and interact with.

With this project, I’m learning that the number of places that are becoming desertified is increasing at an extremely fast rate. Many places in Italy, Malta, and the Greek islands, for example, are now on the point of becoming classified as desert territory.

Losing places like Madagascar to desertification is devastating because the biodiversity at stake is even higher than elsewhere.

The art sector has a significant environmental footprint, which is a new dilemma for many artists. How do you incorporate your environmental commitment in your own artistic practice?

My studio and I are very conscious of the materials and processes that we use; in the artworks themselves, and also through packaging, and how artworks are shipped. There are quite a few ideas that I’ve had for projects that I likely won’t do, because even though they’re ecologically-minded, to create them could be damaging. Hopefully younger artists will be coming into a world where more and more sustainable materials will be accessible, but we’re still in a period of transition.

Finally, what are you reading at the moment?

“On time and water” by Andri Snær Magnason. It’s brilliant.

In conversation with Stefano Vendramin